The new 0.65 release is all about rendering optimizations compared to older CentiLeo 0.64. Here is a scheme of what is improved:

At first we have implemented a base rendering computation speedup that generates the same amount of path tracing samples with the same noise level but with less time. However, this base speedup is variable for different GPU generations:

The new added option Motobike is a lightweight kernel which in some scenes may accelerate the rendering iteration by up to 1.5x and sometimes with a similar noise level compared to Bulldozer if the lighting setup of the scene is rather simple. However, in different cases (mostly with complex lighting) the Bulldozer kernel may generate significantly lower noise level within the render iteration and it can be valuable even at higher render iteration time.

Considering our base 3.5x rendering speedup using a new Motobike kernel for some cases we may generate the images with the same number of render iterations and similar noise level up to 5x faster.

Scene building (compiling ray tracer acceleration structures) is an important part of rendering heavy scenes. We have accelerated the scene builder by around 2.5x. On top of that the second GPU in a system can accelerate the builder of a scene with many million scene primitives by another 1.6x factor. This builder is improved for all scene entities including polygons, particles and tessellations.

Rendering Performance: 2560x1440 image, 32 render iterations (2048 samples), the Motobike render kernel: 24M samples/second, 5:20min for the first image and 5:50 for the second, and then it’s denoised to kill the small residual noise. The Bulldozer kernel renders 32 iterations in 8 min, the noise is lower, but under denoiser it’s killed same way. 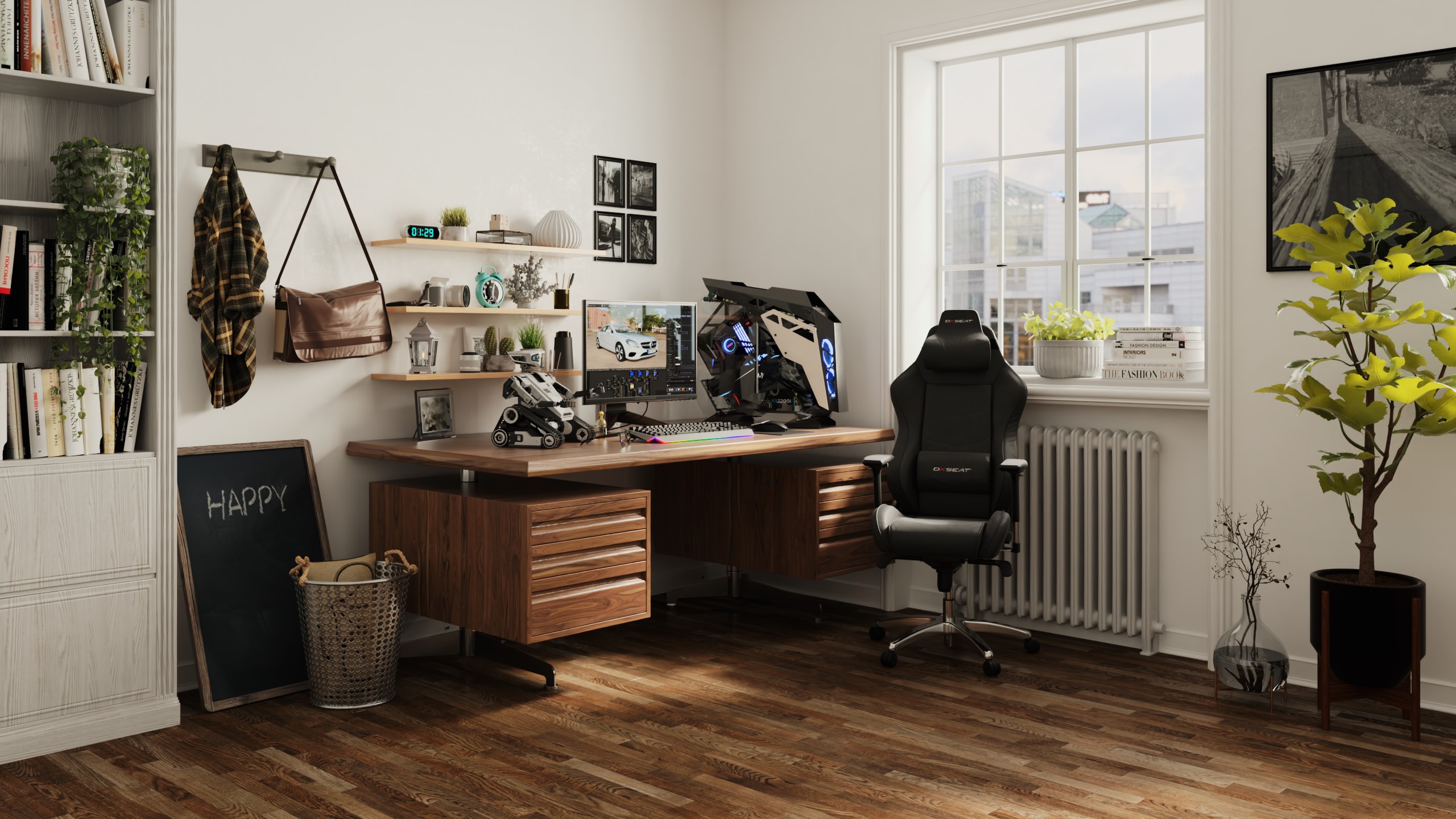 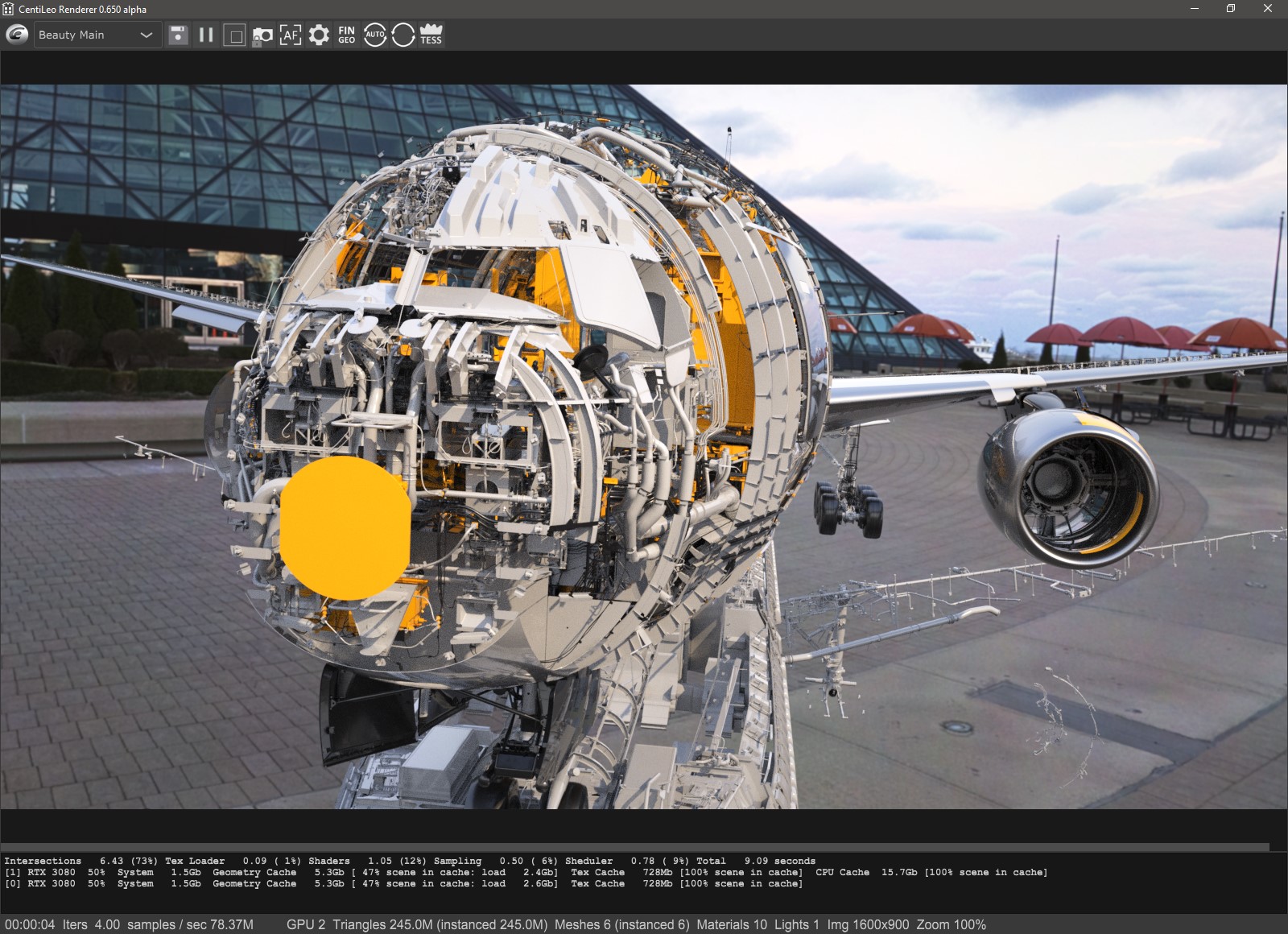 Example with Many Objects and Many Textures

Here is the other scene with a lot of (13600) unique meshes and 12GB textures. 6M unique triangles and 30M instanced. It’s interesting to test loading performance for the scene with so many small meshes. 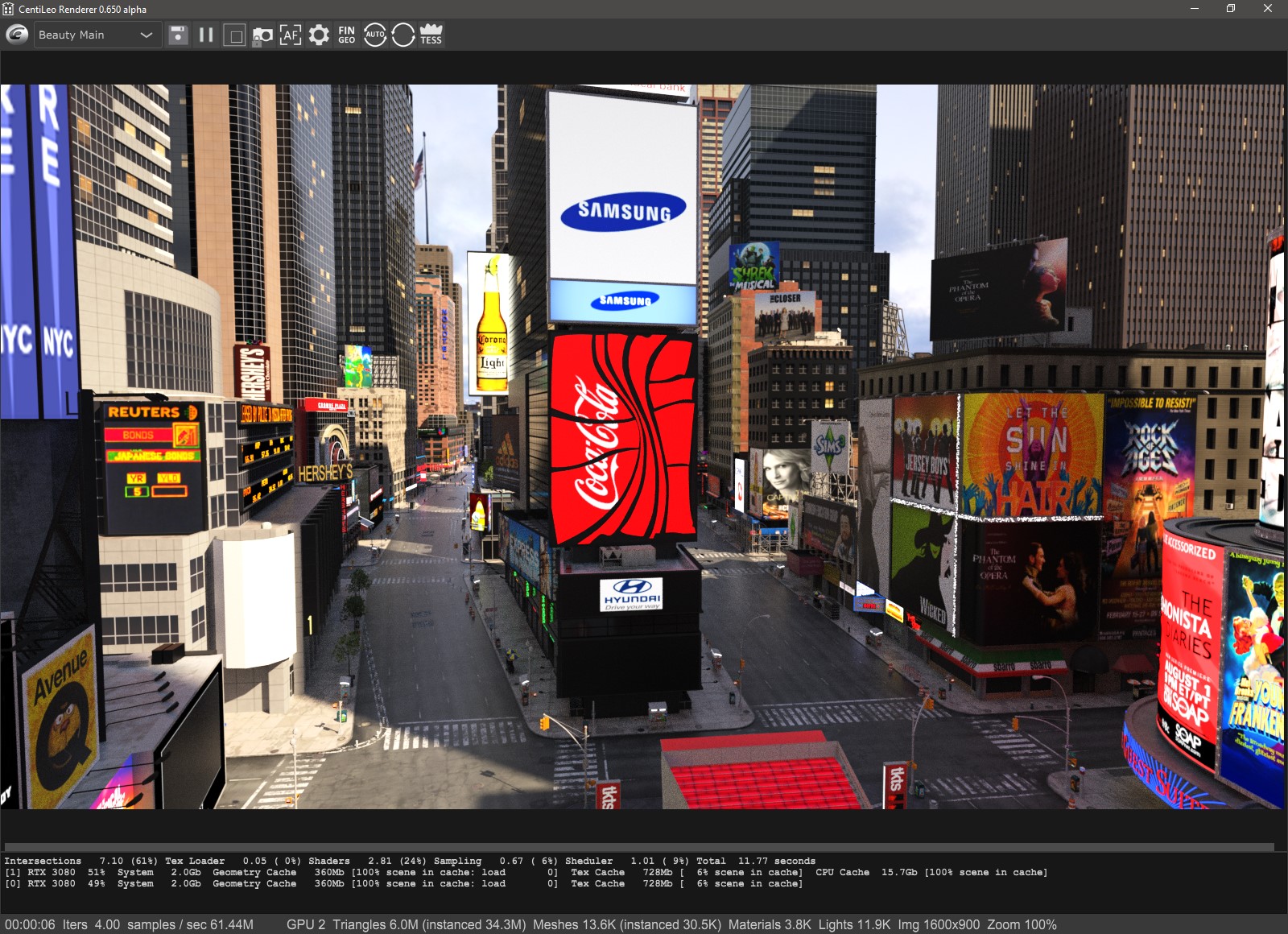 Here is a comparison of our 2 rendering kernels for the interior scene from the first example. For both kernels the portals are applied for room windows. On the left image, the Bulldozer kernel executes 4 render iterations in 34 seconds while on the right image the Motobike does so in 19 seconds (1.8x faster) but with more noise. 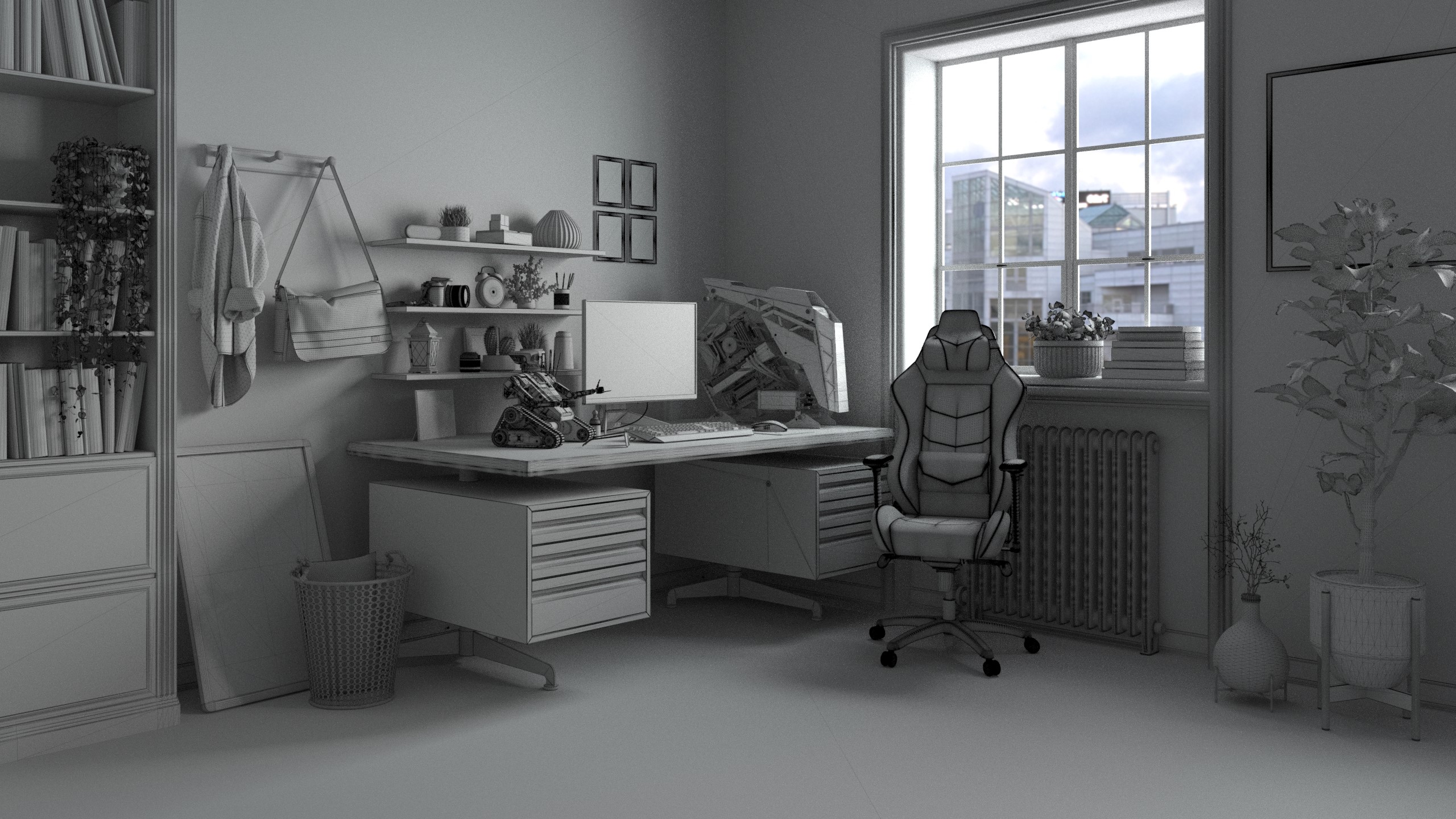 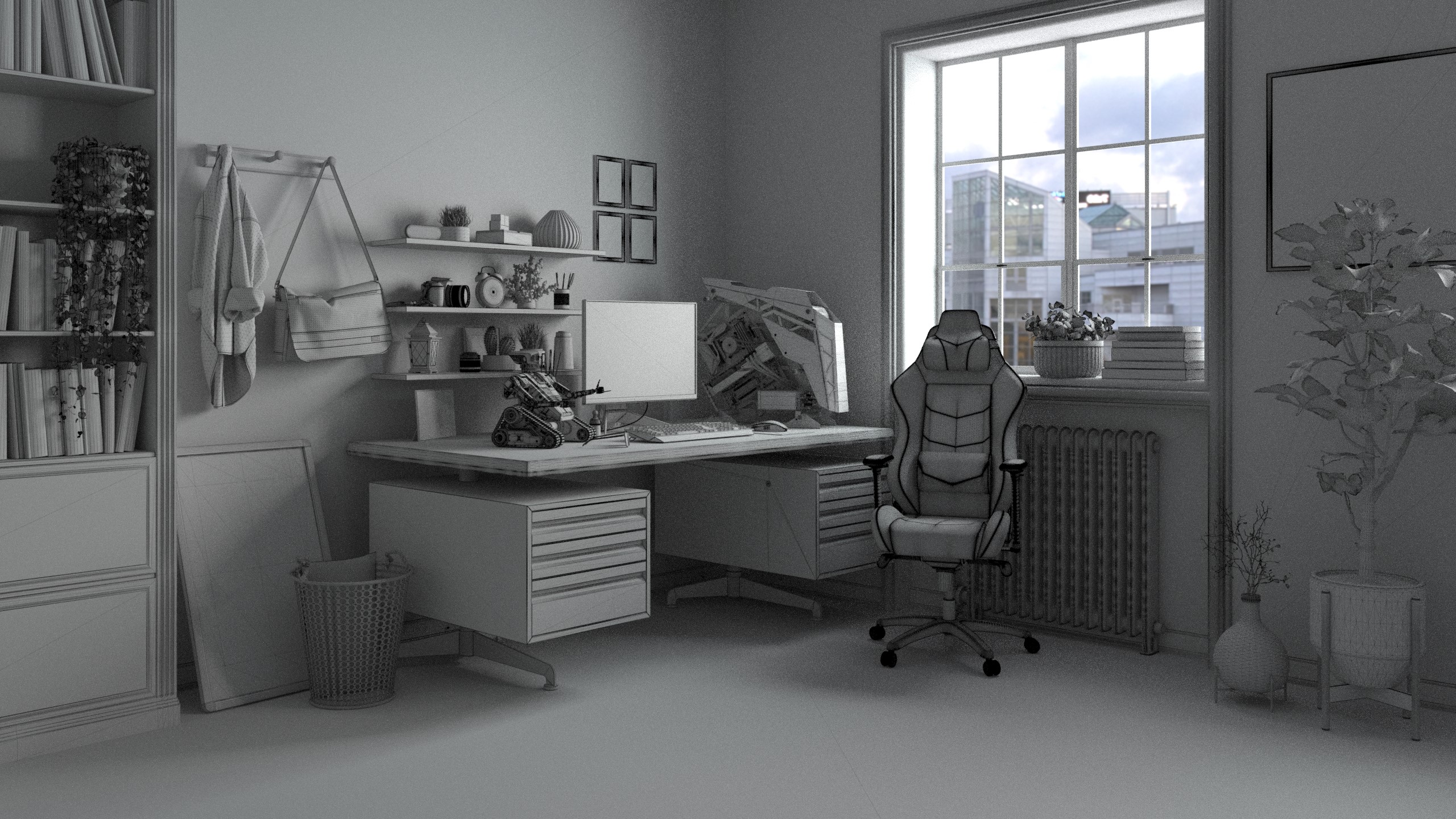 In the previous CentiLeo 0.64 there was a problem with the main display GPU that was usually 5-10% slower doing rendering compared to other secondary same GPUs. Now this slowdown of display GPU is eliminated and each element of the multi GPU rig perform the same. Image resolution is 2560x1440.